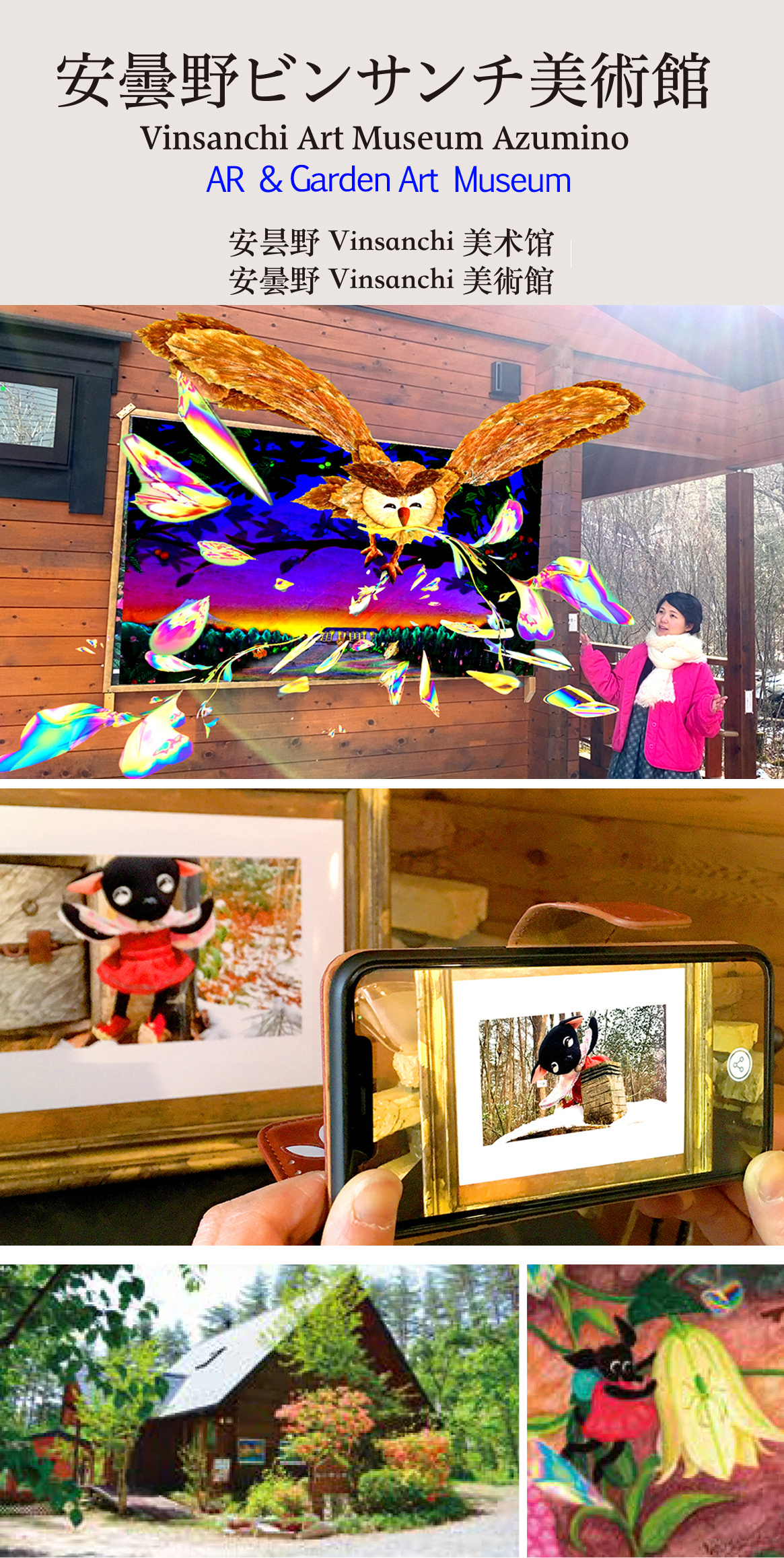 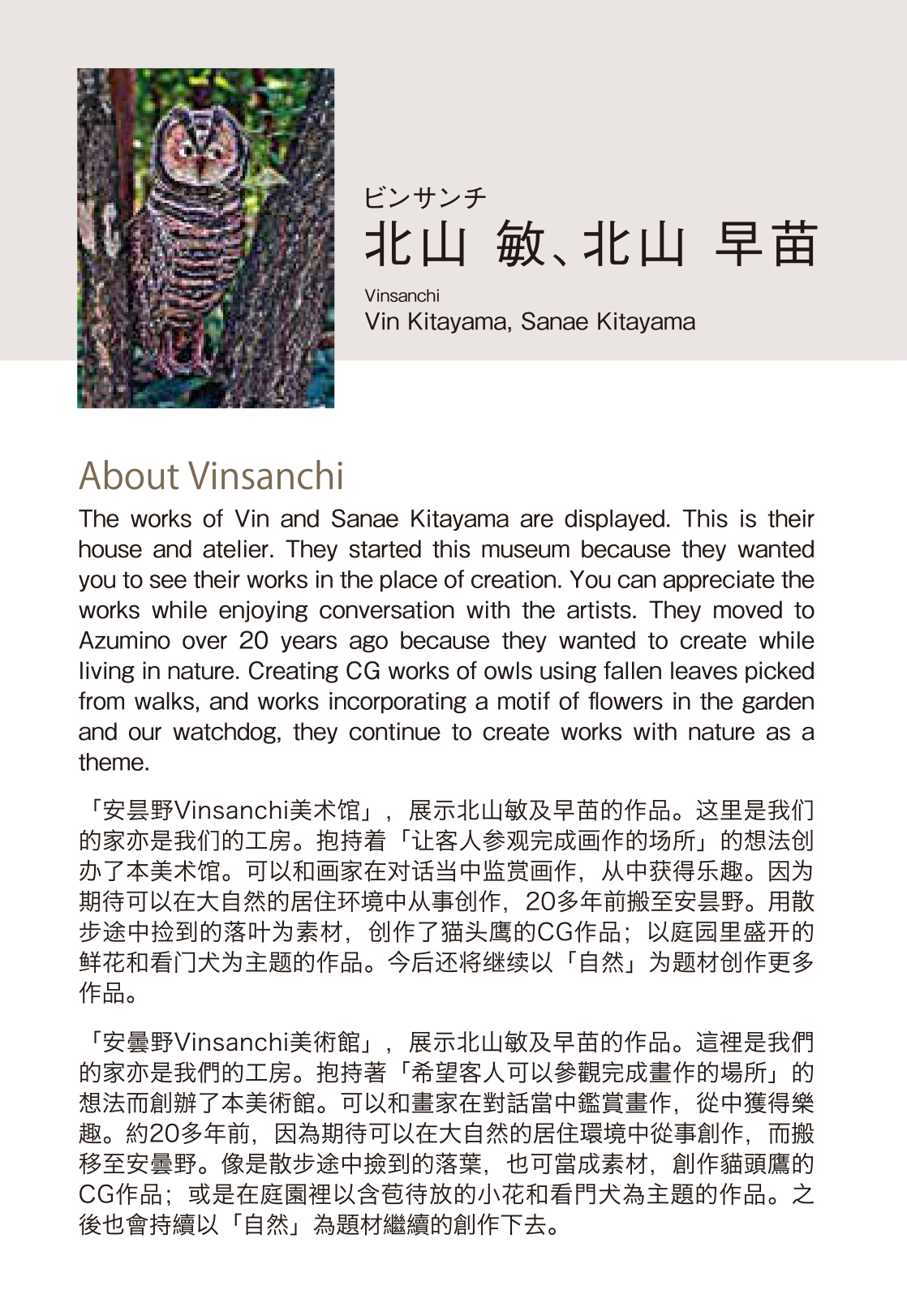 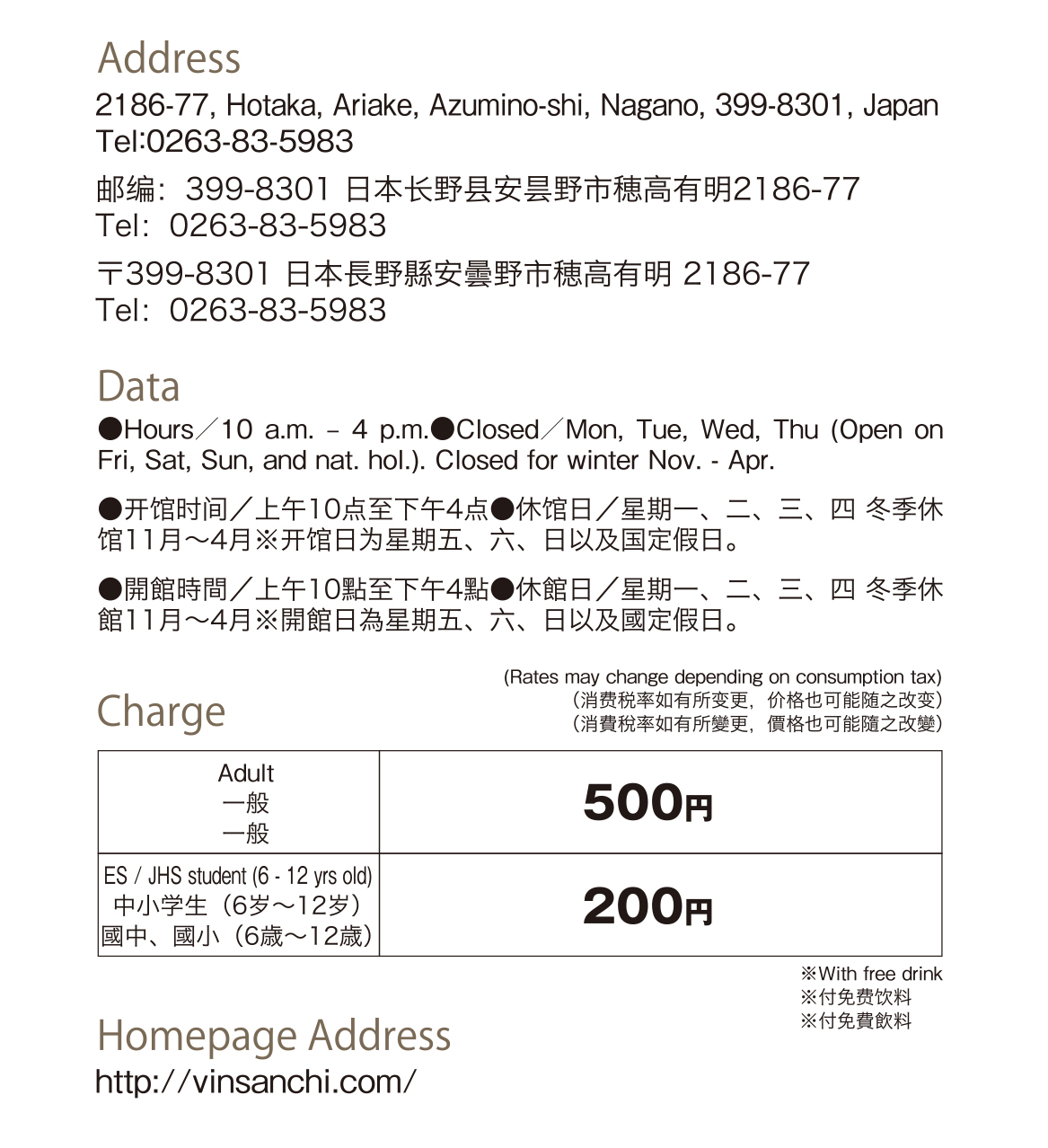 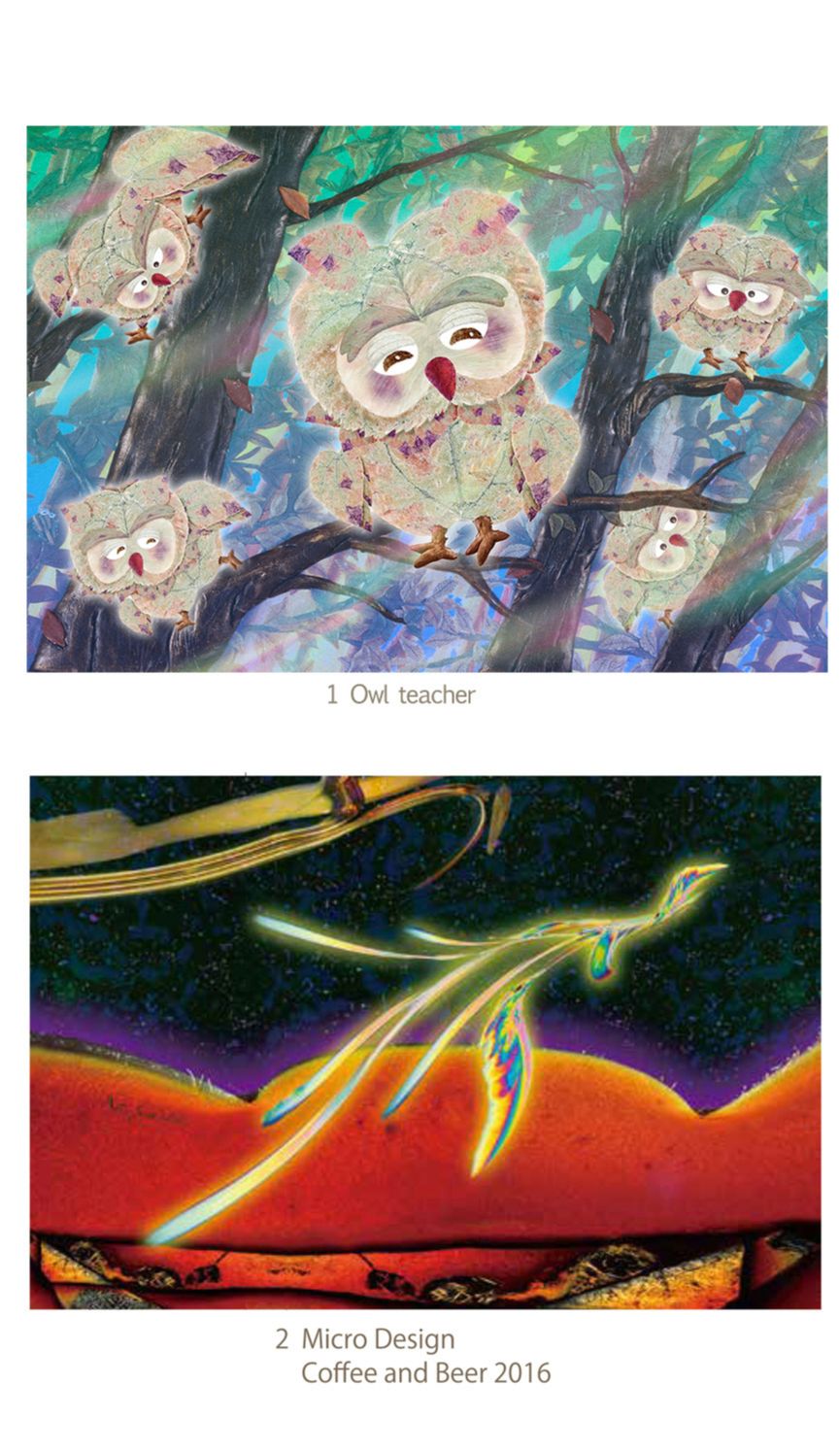 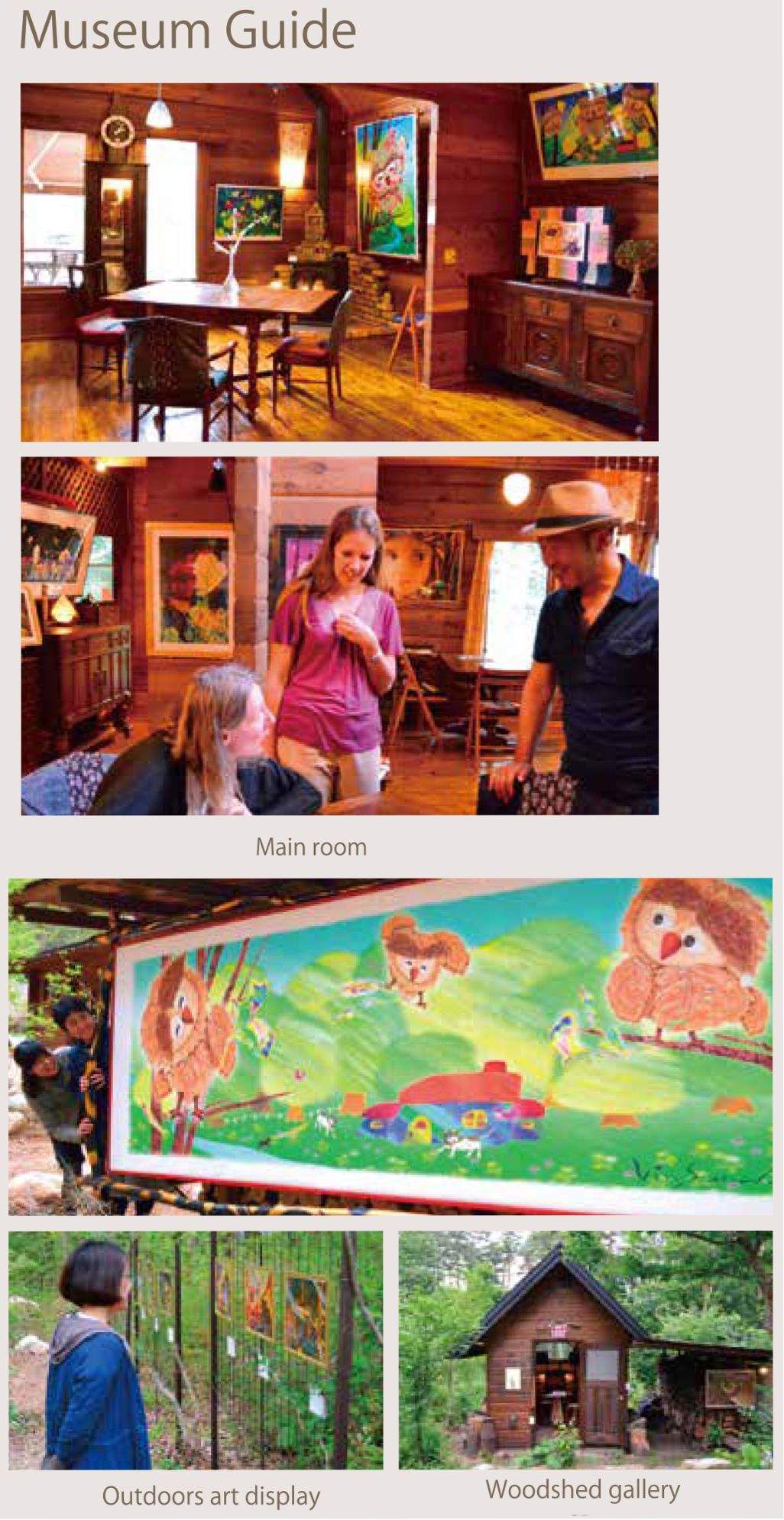 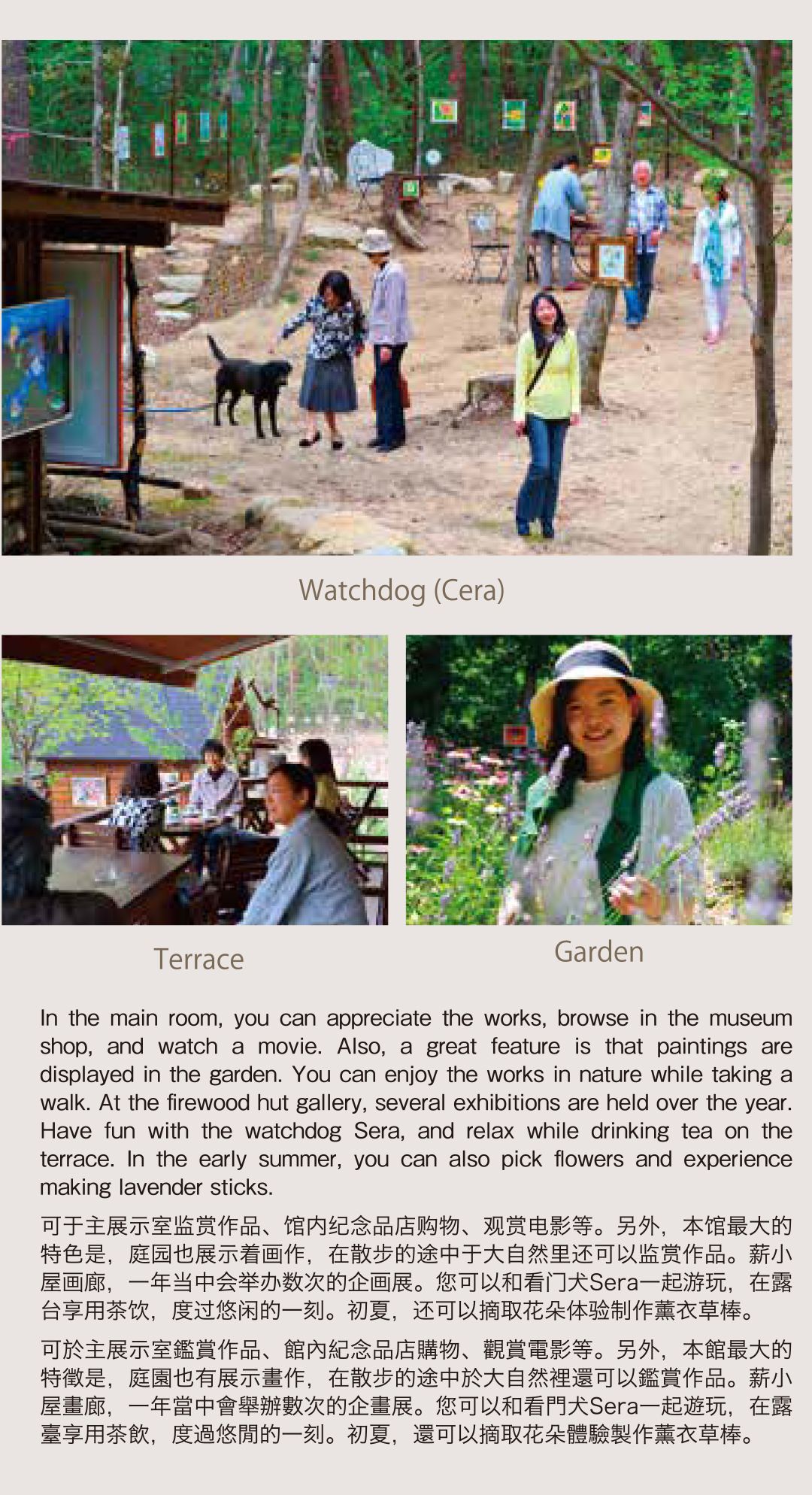 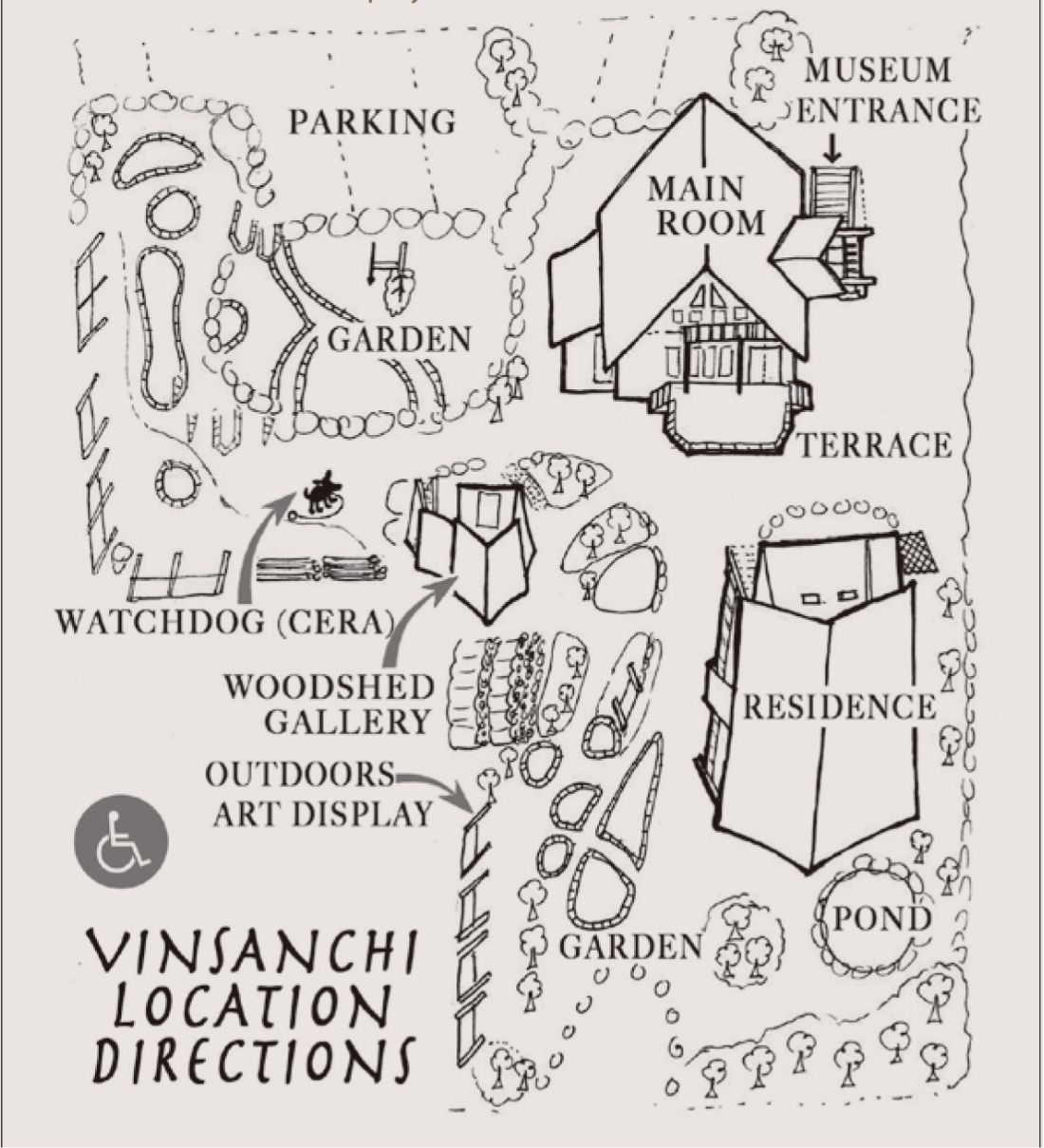 1979 ‑ 1986
He engaged in the assessment for the environmental impact of chemical substance as a Senior Research Fellow at the Institute of Ecotoxicology, Gakushuin University and he participated in the International Environment Council held in Munich, Germany and Kyoto, Japan.
He moved to Azumino in Nagano and established an atelier in 1993 and opened VinSanchi Museum  in 2012.